We identify and target the right audience, perform market research, and build relationships based on trust.

We create, schedule, and manage your social media to reach the right people and spread your science story.

In this cartoon, the nucleus is an orange sphere containing the cell’s DNA

A new view of the Manhattan plot

The buildings are chromosomes; each window is an SNP.
Read more
ILLUSTRATION

An illustrator's challenge: show budding, brooding, and fragmentation on the reef.
Read more
SEE ALL OUR CAMPAIGNS

Julin Wong found stability and satisfaction at the intersection between science and law.
Read more
ILLUSTRATOR

Between science and art: conversations with a scientific illustrator

Daria Chrobok found her passion at the convergence of science and art.
Read more
VENTURE CAPITAL

Scout, evaluate, and invest: Dialogues with a VC associate

Our strengths are complementary. We are cell biologists with years of experience on the bench; skilled wordsmiths who can communicate to general and technical audiences alike; and entrepreneurs with passion, drive, and business acumen.

Alessandra is a scientist turned entrepreneur. She earned her PhD from University College London (UCL), where she used both light and electron microscopy to understand the cell biology behind disease. Her research journey has taken her to King's College London, and later to Singapore. Alessandra loves using images to explain and amplify scientific research, and it is from this passion that ImagenScience was created. She was awarded a place at the Antler incubator in 2018 and further developed the company through Entrepreneur First in Singapore. 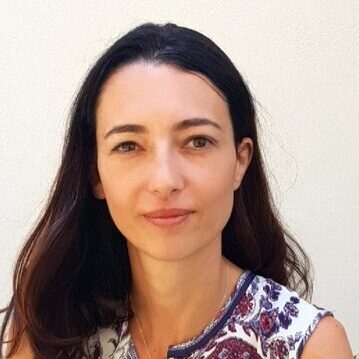 Co-founder and editor Brian Shott is an author, editor, and independent scholar who received his Ph.D. in U.S. history in 2015 from the University of California at Santa Cruz. He's written scholarly articles and reviews for academic journals, and op-eds and news reports for newspapers. His work has often straddled the divide between popular and specialized audiences. His writing has appeared in the Los Angeles Times, the San Francisco Chronicle, and other newspapers

Helen is a cell biologist with a passion for science communication. She completed her PhD in Cell Biology at UCL, where her love of membrane trafficking began. Since then she has continued to do research in virology, medicine and immunology and development. Although most researchers admit that nothing beats the thrill of making a new discovery with their own eyes, in order for research to have a positive impact on society, communication is key. Helen loves to share research stories with a diverse range of audiences, from the scientific community to schoolchildren and the general public. 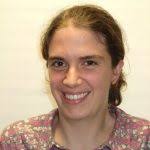 ImagenScience is a science communication and marketing resource. We work with clients across the life sciences.