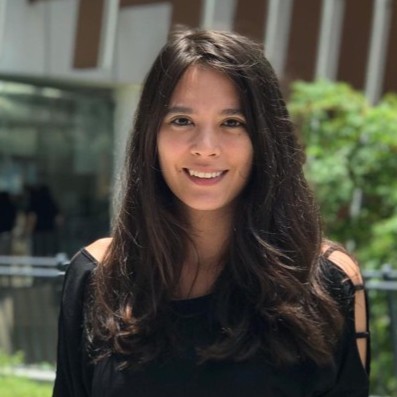 Scout, Evaluate, and Invest: Dialogues with a VC Associate

Just as she rounded the bend in her race for a PhD, Barbara Poinard began to ponder a career outside academia. Two little letters piqued her interest: “V” and “C.”

“Having not heard of the term ‘venture capital,’ when I chanced upon it at a conference I was intrigued,” Poinard says. She reached out to the Managing Partner of Esco Ventures X (EVX) via LinkedIn and met up for a coffee chat. Little did she know that this meeting would open doors to her future. At the end of the coffee chat EVX offered her an internship.

Just around this time, Poinard also got an opportunity to work at a talent incubator. With a thirst to explore the entrepreneurial side of science, she embarked on it, spending four months working with a co-founder, evaluating the prospects of commercialising their idea.

“When this didn’t pan out, I reapproached EVX about job openings, and here I am,” Poinard says happily.

EVX invests in pre-seed or seed stages of a company’s funding cycle, following the model of venture creation: they build a company from the ground up. If the venture’s business model proves valid and achieves robust performance indicators, more capital is injected to scale up the venture.

Poinard first started at EVX as an analyst, performing intensive scientific due diligence and systematically reviewing huge amounts of scientific literature, another challenging part of her job. Today, having progressed to an associate in the firm, she scouts for new technologies globally, reaching out to principal investigators (PIs) to assess the potential of spinning out a company with them.

EVX focuses on disruptive therapeutics platform technologies in areas such as gene editing, cell therapy, and gene therapy. These technologies might first be described in scientific journals or conferences, and some could be patented or might remain unpublished. In cases of patented technologies, EVX works closely with the tech transfer offices of the associated university or research institute to license out the technology into a company.

Poinard works closely with her fellow VC Associate Akshaya Bansal. When the duo identify a promising new technology, they place an introductory call with the PI. Although nothing confidential is exchanged, the call serves as a litmus test. Should they decide to progress, deeper due diligence on the prospective venture is performed, considering its competition and evaluating risks as well as limitations. Poinard and Bansal then present their analyses to the EVX management, followed by a collective go or no-go decision.

“We have no crystal ball,” Poinard says of EVX’s investment strategy. “But we try to estimate and see if, in three years time, it will still be a field of interest.”

“At EVX, we set up the company, lead the recruitment process, strategize ways to move the company forward, and expand the pipeline,” Poinard says. “We also think of the milestones that are necessary—perhaps key experiments and also help with planning the experiments that will be needed to proceed to a series-A funding,” whereby the business would be scaled up and its business model further optimized.

With a diverse portfolio and an expanding pipeline, EVX has made significant strides in the local biotech space. Poinard highlighted two of their current investments. The first, Carmine therapeutics, a spinoff from City University Hong Kong, was identified from a publication describing a technology to develop red blood cells’ extracellular vesicles as a gene delivery vector. “We managed to license out the intellectual property from City University Hong Kong and set up the company in Singapore,” Poinard says. The PI that spearheaded this discovery currently works at NUS and is the scientific co-founder of the company.

Because the EVX team is young, with less than 10 members, Poinard says, “we have to wear many hats.” As it searches for disruptive tech, EVX also works to nurture the local biotech ecosystem in Singapore. In line with this, they host Morphosis, a talent development program designed to train high-calibre scientists and individuals passionate about translating academic findings into biotech ventures. Through a series of lectures and workshops from biotech stalwarts complemented by close mentorship from the EVX investment team, Morphosis fellows learn the nuances of successful biotech ventures. High performers are invited to join EVX or one of their portfolio companies in future.

“When applications are rolled out for Morphosis, there is a lot of marketing work: we prepare the marketing material, webinar content and get involved in the hiring process of the participants,” Poinard says.

In addition to Morphosis, EVX recently launched their first grant call (PLATINUM Grant) in partnership with A*STAR, for PIs with promising early-stage platform technologies. Launching grants entails a good deal of marketing. Post-launch, the projects received are evaluated and a call is made on which ones can proceed to the subsequent round and receive the funding. At such times, “It is never a one person’s effort at my company,” Poinard says. “We support each other.”

What makes Poinard’s job worthwhile and fun? “When you talk to a PI, it gets exciting to see that the technology identified might have the potential to become something,” she says. “We look through so many technologies that when there is some level of interest from the team, it feels extremely rewarding, as if you have stumbled across a hidden gem.”

When asked for advice for anyone eyeing a job similar to hers, Barbara notes that “staying abreast with the latest global developments and emerging hot areas in the biotech space helps.” Also, she says, “perhaps follow newsletters focusing on the megatrends and latest deals happening in the area.”

Poinard also volunteers for Biotech Connections Singapore (BCS) as a marketing lead. Working with two others, she sends out emails on upcoming events or job openings. “Since I am in the biotech VC space, I am sometimes more aware of what is happening in the area,” she says. Leveraging this advantage, Poinard posts relevant news on the BCS LinkedIn page, including investments or mergers happening in the local biotech space.

You can reach out to Barbara here: https://sg.linkedin.com/in/barbara-poinard

ImagenScience is a science communication and marketing resource. We work with clients across the life sciences.